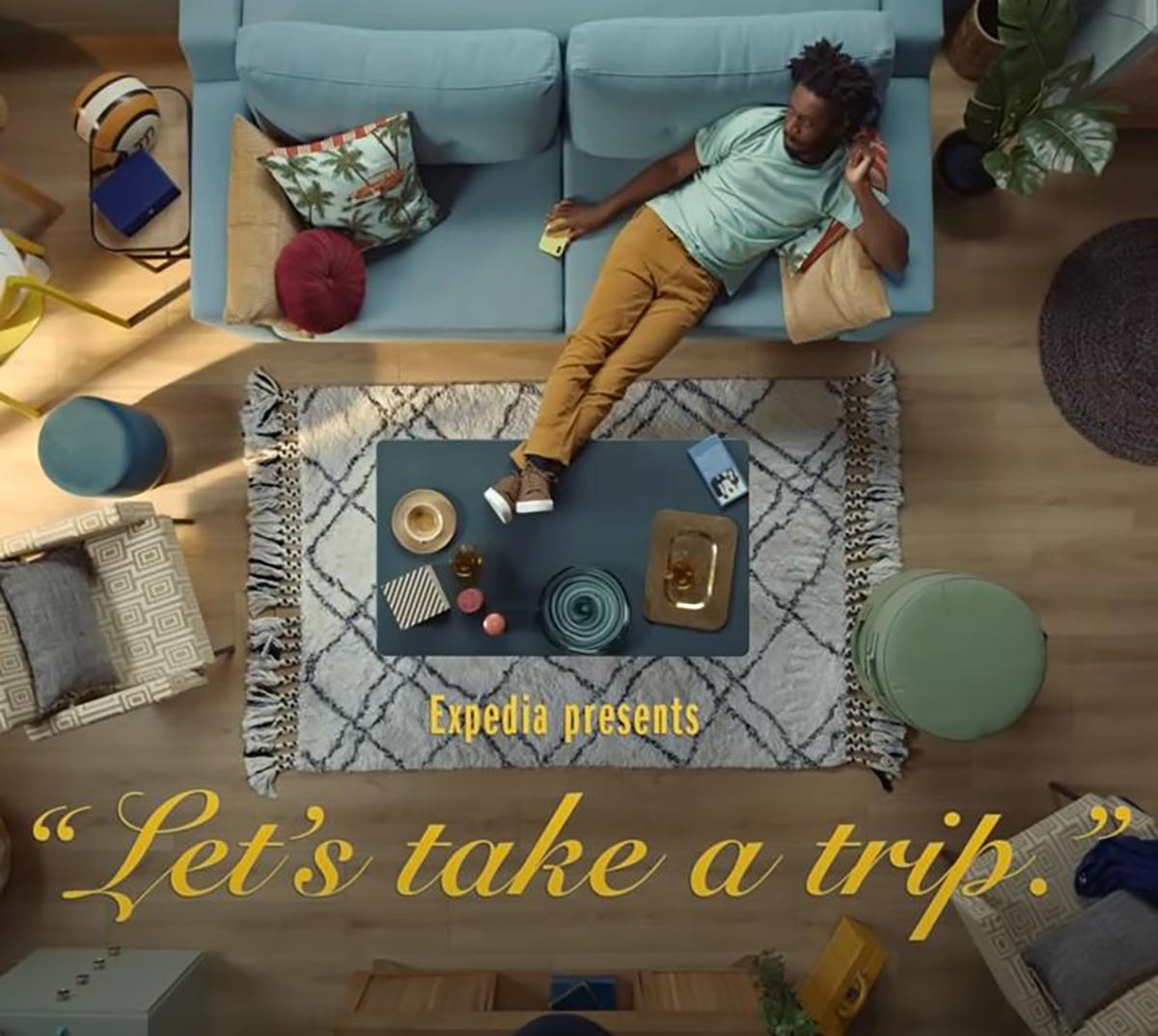 Well, it’s certainly been an interesting one! In a year where nothing could be classed as “normal”, brands have been forced to don their creative caps and think outside the box in order to grab the attention of an audience who, let’s be honest, had their minds on other things.

As always, we’ve seen our fair share of the good, the bad and the ugly. But today, we’re rounding up a list of our favourites from throughout the year.

Throw your mind back right to the beginning of the year, when everyone was excited to watch the BBC’s latest drama – a retelling of the classic, Dracula. In order to promote the series, the BBC erected a billboard impaled with seemingly random stakes which transformed throughout the day and, at night, cleverly cast a shadow of the show’s titular character. Take a look at the video for the full effect.

Still thinking back to the beginning of the year, Starbucks released an emotional video which portrayed the journey of a transgender man trying his new name for the first time at one of their coffee houses. Winner of the Channel 4 Diversity Award 2019, Starbucks’ “Every name’s a story” campaign depicts the struggle a young man deals with when living in a world that insists on calling him by the name he was born with, but at the end, finally shows his happiness when he is addressed by his new name.

In March, everything changed. We all stayed at home and did our bit to try and control the virus. For many, it was (and remains) an extremely tough time. Launching earlier than planned, ITV released its “Britain Get Talking” campaign in an attempt to show there is support across the country if we all just keep talking. Featuring Ant and Dec, ITV’s video encouraged people to pick up the phone and reach out to one another, or to post supportive content across social media which would then be shared among programming in an attempt to help boost morale. It was part of a wider objective to improve mental and physical health amongst Brits, with the first part of the work beginning back in 2019.

One of the industries which has been hit the hardest during the pandemic has been travel. Rather than taking a backseat approach and waiting for things to return to normal, Expedia used the opportunity to take a more proactive approach to their marketing. Taking inspiration from the creativity that many have adopted whilst spending time at home, their “Let’s take a trip” campaign focused on a couple recreating holiday experiences using household items. Embarking on a road trip, hiking a mountain and going for a swim, the couple imagine all the luxuries of taking a vacation in a short stop-motion film. Ending the video with the tagline “Imagine the places we’ll go. Together”, Expedia empathises with its audience, instilling an optimism that things will return to normal soon.

Another sector hit hard this year was sport. What should have been a celebratory year with the UEFA Euro 2020 and the Olympics held in Japan, turned into a lost summer. The cancellation of thousands of smaller tournaments and games across the globe left athletes and sports personalities in limbo.

Nike released their summer 2020 campaign in July entitled, “You Can’t Stop Us”. It includes a powerful message and is wonderfully crafted. It evokes a sense of spirit and community whilst instilling hope for the future. Racking up over 55 million views on YouTube alone, it is safe to say that this campaign was a success.

One of the key pieces of advice this year has been about the importance of regular handwashing. And when this isn’t possible, hand sanitiser has been the next best method of eliminating germs. Intending to bring their product front and centre, Lifebuoy introduced the campaign “Bish Bash Bosh” to promote their hand sanitiser. Complete with an upbeat, animated video, their advert set to remind us that we need to clean our hands even after the smallest amount of contact with everyday items, such as handrails or chip and pin devices. Additionally, partnering with We Are Futures – who connect businesses with young people and their families – they also aimed to educate children on the importance of handwashing, providing them with hand sanitiser kits, together with vital reading material.

We’ve all seen Gordon Ramsay’s honest reviews/meal slating videos on social media, right? Well, nearer the beginning of the first lockdown, when everyone missed their favourite fast food takeaways, people began to recreate their own versions at home. Enter KFC, who got a whiff of this and started offering comments on the public’s take on their finger-lickin’-ly good food. Everyone loved it – all of a sudden, photos were being uploaded in their hundreds in the hopes they would get a good shading from the fried chicken giant. And using the hashtag #RateMyKFC to ensure anyone could join in on the conversation, the official KFC Twitter account did not hold back.

Good old Asda, keeping it real. Whilst, obviously, we would all love nothing more than to get all dolled up and celebrate Christmas in the way it’s meant to be celebrated, there are bigger issues to think of this year meaning most of us will be staying at home. With Tesco trying to plug their usual glitz and glamour outfits, George at Asda clapped back – 2020-style – and took this more realistic approach to promoting their range of clothing.

So that’s it for our top campaigns of the year. Did we mention your favourite? And remember, if you want to make a bang next year with a faultless campaign to promote your business, and you’re looking for someone to help you along the way, our team of experts are always on hand, ready to help.