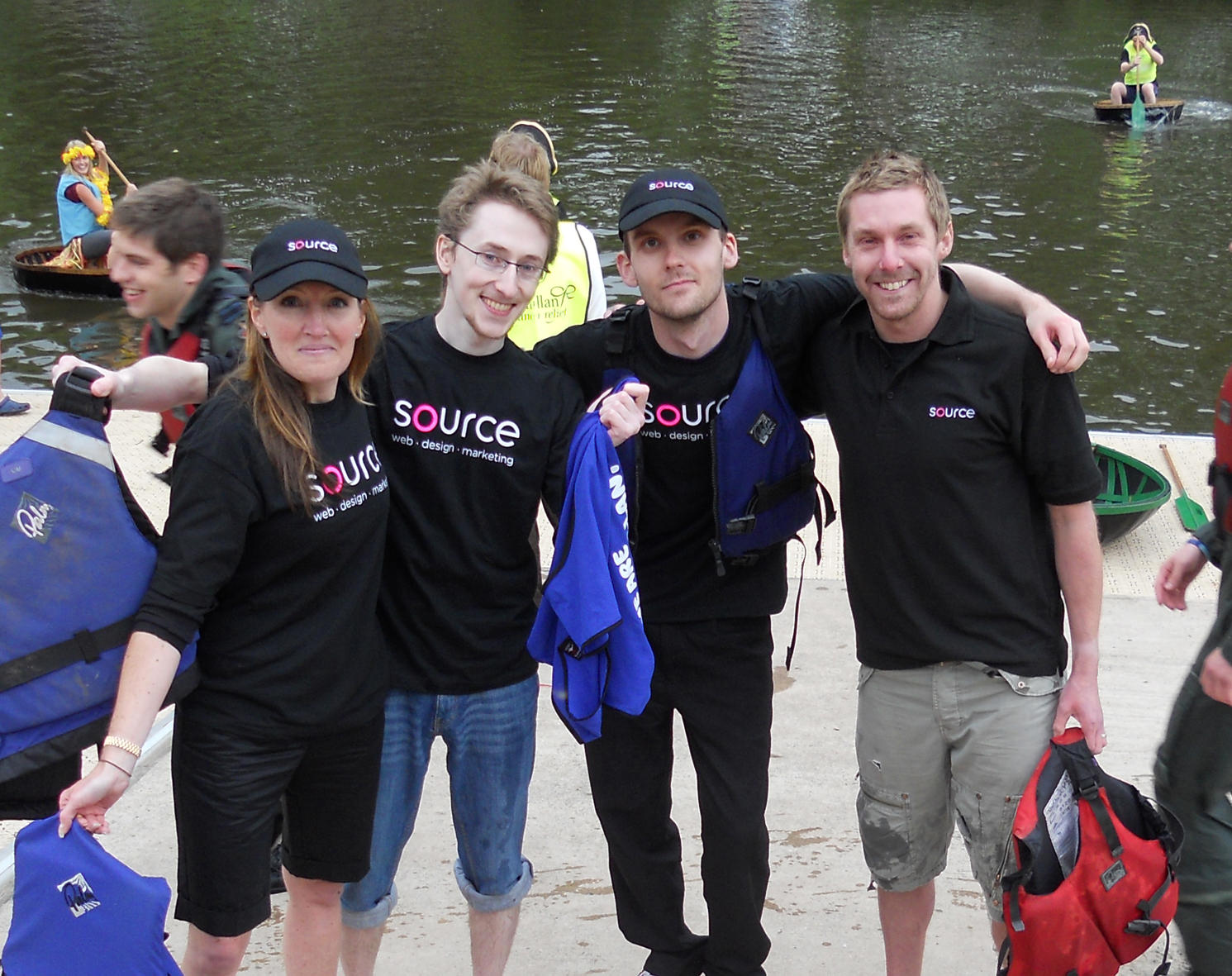 Teams of four from all over the county took part in this major fund-raising event, and Source Design were no exception. Our team, led by Managing Director Sally Atkinson, battled against five other teams in our heat, and despite a rather slow practice run before the main event, finished in a very respectable third place.

Gareth Griffiths, Technical Manager at Source, said: “Finishing in third was a great result, none of our team had ever set foot in a coracle before let alone raced one across the Severn and back. It was a good afternoon’s fun, we’ll definitely be back next year!”

This is the fourth year running that Macmillan Cancer Support have hosted a Coracle Relay World Championships in Shrewsbury, with the total funds raised for the charity growing every year. Last year £64,000 was raised, with the target for this year being nearer £100,000. This year looks set to be the best yet, with the Source team raising over £800 for this fantastic cause.

If anyone would like to donate, please visit www.justgiving.com/SourceDesign – all donations gratefully received.